Pony boys ready to get over Eastern A hump

It's postseason time for the Blue Ponies 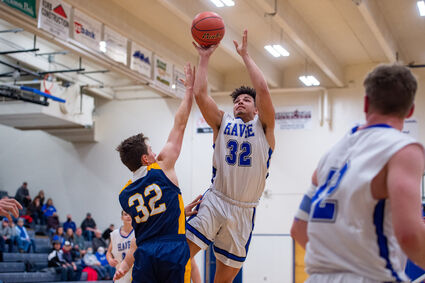 Havre High's Kellen Detrick shoots over a Miles City defender during a Northeast A game last month in Havre. The well-rested Blue Ponies will open Eastern A play Thursday afternoon at the Metra in Billings.

The Havre High boys basketball team has seen improvement in its last two appearances in the Eastern A divisional under head coach Walynn Burgess. This year, though, as the tournament's No. 1 seed, the Ponies look poised to continue that trend and go on a run at the Eastern A divisional that will take place from today to Saturday at the Metra in Billings.

The tournament title and three more additional bids to the state tournament will be battled for by all nine teams from the Eastern A. Even though Havre comes in as the no. 1 seed, Burgess believes every team has a chance to make a run....