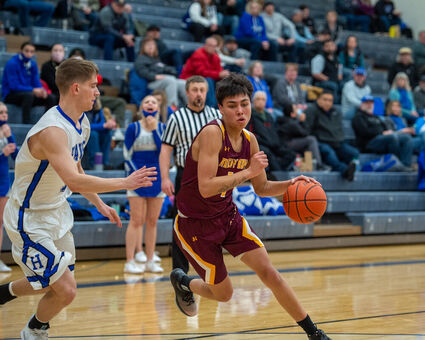 Joe Demontiney and the Rocky Boy boys and girls play in the District 1B tournament Thursday through Saturday in Conrad. Harlem plays in the 2B at Wolf Point and Poplar.

It started with the District 9C a week ago, and now, area Class B schools are joining the postseason fray.

Thursday through Saturday, both the Harlem boys and girls and Rocky Boy boys and girls will play in district tournaments, with spots in the Northern B on the line.

The Rocky Boy boys and girls will be at the District 1B tournament in Conrad this weekend. The Stars, led by the talents of Ben Crebs, Joe Demontiney, Dean Gibson and a deep and powerful lineup, finished third in the loaded 1B, but are coming off a huge win over Shelby in the regular season finale. Fairfield claimed the t...