Despite playing great basketball, Blue Ponies denied a trip to state by Hardin 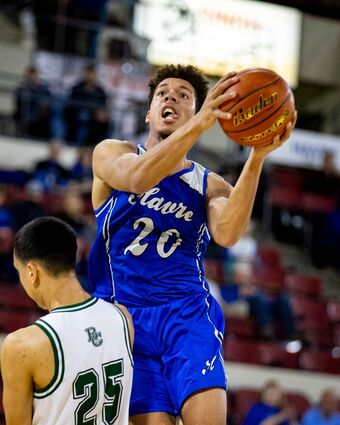 Havre's Nolan Lotton tries to go over a Billings Central defender during Friday night's Eastern A semifinal in Billings. The Blue Ponies fell to the Rams and then Hardin Saturday in a pair of really close games.

The Havre High boys basketball team went into the Eastern A Divisional Tournament at Metra Park in Billings this past weekend as the Northeast A No. 1 seed. And they started the tournament strong with a 69-47 victory over Livingston.

Unfortunately, the Blue Ponies suffered back-to-back losses to end the tournament, and their season.

Even though the Ponies did not get the results they wanted, Havre head coach Walynn Burgess commended his team for their efforts.

"We are just really proud of the boys and the way they fought to the final buzzer even though the result didn't end the way we...