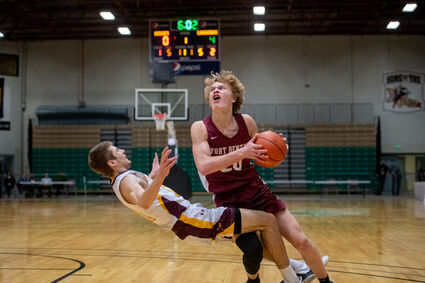 GREAT FALLS - Fort Benton went into this year's Northern C Divisional Boys Basketball Tournament as the defending champions. The Longhorns won their first two games of the tournament to make it to the championship game Saturday night at the Great Falls Four Seasons Arena. Their opponent, Belt, gave the Longhorns all they could handle as the teams fought through two overtimes to decide a champion.

The game came down to the final seconds of the second overtime. After Cody Evans hit two free throws to tie the game at 45-45 for the Longhorns, a Husky foul sent Nick Marias to the free-thro...