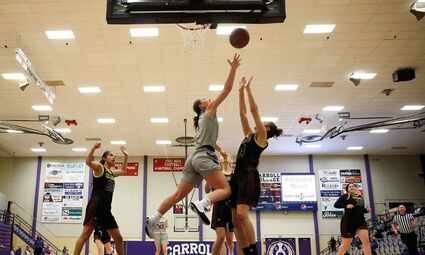 It's hard enough to just beat the Carroll College women, let alone do it in Helena. But when the Fighting Saints make 14 three-pointers, it's going to be next to impossible.

And that's what happened to the Montana State University-Northern Skylights in the semifinals of the Frontier Conference playoffs Saturday night in Helena, as No. 6 Carroll made 14 triples on their way to a 76-49 win, ending Northern's season.

"They (Saints) played really well," Northern head coach Chris Mouat said. "They're playing at such a high level right now, and then when they shoot it like that from three, it's...