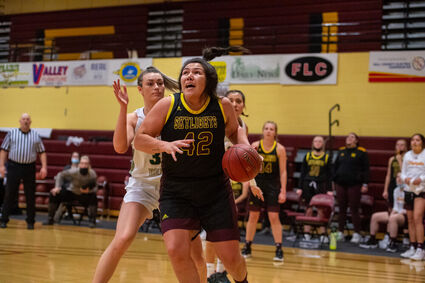 With Carroll College winning the Frontier Conference women's championship Monday night, the 2021 conference season came to an end. And with that the postseason awards were released Tuesday afternoon.

Three Montana State University-Northern Skylights were honored by the Frontier, including freshman L'Tia Lawrence, who was named co-Freshman of the Year with Maddy Dixon of Providence. Lawrence averaged almost 9 points per game for the Skylights as a true freshman and is a former Harlem High three-sport standout. Lawrence was also selected as co-Sixth-Player of the year with Carroll sophomore...