Havre blows out Hamilton in an early morning game, advances to tonight's State A semifinals 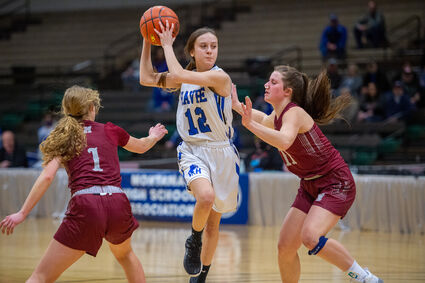 GREAT FALLS - An earlier than normal start to the state tournament was no problem for the Havre Blue Ponies.

Playing at 9 a.m. in the first game of the 2021 Class A state tournament, the Ponies began their quest for a fourth state championship in the city of Great Falls with a 54-37 victory over Hamilton Wednesday in the Four Seasons Arena.

"They were ready to go, very focused. I thought they did a wonderful job defensively," Havre head coach Dustin Kraske said. "I thought the kids played just fantastic, just wonderful."