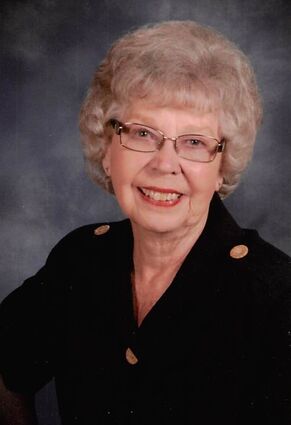 At her request, cremation has taken place and no local services will be held.

Trudy's family has suggested memorial donations be made in her name to Friends of the Havre Animal Shelter.

Please visit Trudy's online memorial page and leave a message of condolence for her family at http://www.hollandbonine.com .

She moved to Omaha, Nebraska, to work and met William "Bill" Quigley, whom she married in 1958. The couple had three children. Over the next 46 years, Trudy worked as a nurse and raised her children. Bill passed away in 2004, and Trudy moved to Havre around 2013 to be near her son and his family.

Throughout her life, Trudy enjoyed reading and spending time with her friends. She was a regular attendee of St. Paul Lutheran Church in Havre.

She was preceded in death by her husband, Bill Quigley in 2004; grandson Matthew Bole in 1986; parents, Hans and Dagmar Hansen; brother, Harold Hansen; and sisters, Louise Porterfield and Leona Quade.