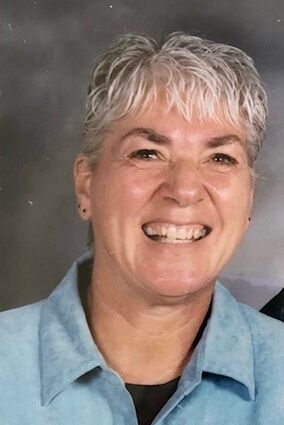 Cremation has taken place and a Celebration of Life for extended family and friends will take place this summer.

Memorials in Connie's honor may be made to the Connie Peterson Memorial Scholarship, C/O Havre High School Education Foundation.

Please visit Connie's online memorial page to leave a message of condolence for her family at http://www.hollandbonine.com .

Connie Marie was born August 28, 1949, in Moorhead, Minnesota, to Alfred and Delores (Kline) Phillipp. She was raised and educated in Moorhead, graduating from high school in 1967.

She moved to Havre and attended Northern Montana College to pursue a bachelor's degree in education. During her studies, she met a handsome intermural basketball coach who later became her husband, Franklin L. Peterson. The couple married December 28, 1969, at St. Jude Catholic Church. Just 1.5 years later, Connie graduated from Northern, and joined Frank in teaching for the Havre Public School District. She was hired to teach PE, and was appointed as the first-ever Havre High girls head basketball coach in 1972. She went on to coach track, as well as golf throughout her tenure.

After 25 years as a PE teacher, she transitioned from the gym to an office as a school counselor using the master's degree she obtained in school counseling from Northern in 1980. She worked in the counseling department at Havre High School for five years, then at the Havre Middle School for four years before she retired in 2005.

Connie was recognized for her excellence in teaching, and received the Havre Public School Teacher of the Year award in 1990. In total, she worked for the Havre School District for 34 years, touching an endless amount of lives in the Havre community as an educator and coach.

Connie was an outstanding athlete who enjoyed playing many sports, but especially loved softball and bowling in her early adult years, then walking and golfing later on. She participated in the local Women's Golf League, sometimes serving as the president of the league, and earning the team golf championship many times. She also participated in a women's softball league where she was voted the MVP, and was on the local women's bowling team, winning the state championship in 1977.

Connie also enjoyed volunteering, shopping, going out to lunch with her friends, meeting people, and reading a good book. She volunteered as a poll worker for elections, taught strength training for the Adult Education Program for 15 years, and served as a youth mentor with the Center for Adolescent Development and Havre Helpers.

Connie and Frank had three daughters, Nicole, Donna and Karen. The girls blessed them with three sons-in-law and four beautiful grandchildren. After retiring, Connie and Frank enjoyed traveling to see the girls and their families without the limitations of a set schedule to hold them back. Throughout her life, no matter what she did or where she went, if you knew Connie, you will always remember her infectious laugh and sparkling smile.

Connie was preceded in death by her parents; sister-in-law, Sheila Otterstrom; father and mother in-law, Pete and Bernie Peterson.