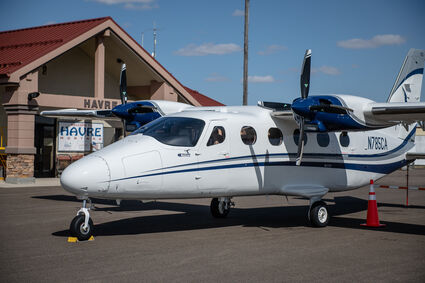 Ground crews at Havre City-County Airport began training Monday on three Tecnam P2012 airplanes that were delivered that morning as part of Cape Air's eventual refleeting of their Montana services with larger planes.