Lights come up short against Mounties 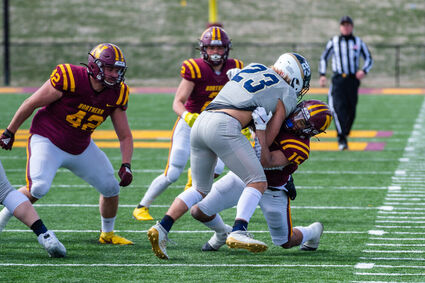 The Montana State University-Northern football team only had one more chance to win a game this season when they hosted Eastern Oregon at Lights Stadium on Saturday. Through most of the game, the Lights had a chance and they entered the fourth quarter only trailing 7-0.

The Lights' defense had been solid throughout the game but their offense could not keep a drive going. That put more pressure on the defense and the tenison finally snapped when Eastern Oregon scored touchdowns on back-to-back drives in the fourth quarter to extend their lead to 21-0. The Lights got a late score but ultimat...