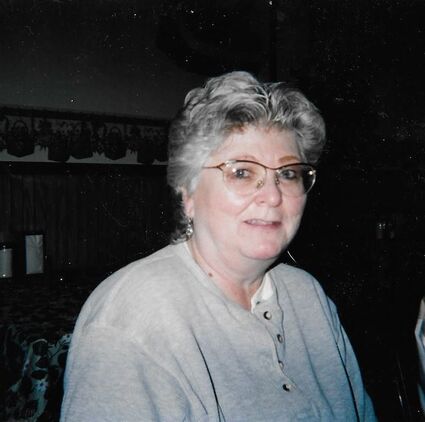 Beloved mother and wife Diane Marlene Collins, age 74, passed into heaven from her home in Chinook, Montana, the morning of April 12, 2021, with her daughter and husband by her side.

Diane hired out to the railroad as a clerk in the fall of 1965. Diane was proud to be a railroader and retired after 35 years of service.

Diane loved to golf, tried belly dancing, and took a ceramics class. She learned how to ride a horse and a snow mobile and went camping in the mountains with her then beau, Jim O'Neil. Mom and Jim had many adventures together but never married.

Diane moved to Havre after the Southern line broke up in 1988/89. After arriving in Havre she was asked out by a cowboy by the name of Arnie Hall. They remained together until the day of Diane's passing. During her life she looked after many sets of kids and grandkids. Although she was the stepgrandma, she loved them all the same.

Diane was preceded in death by her parents, Barney and Peggy Bliler; former husband Bob Collins; stepson Pat Collins; Aunt Dorthy and uncle Elmer Hogstad, and her best friend in Havre, Dolores Strissel. Most recently, her Aunt Dorthy Every from Onalaska, Wisconsin, passed. Many from the Kjos clan have passed and surely Diane is in heaven getting caught up.

Diane is survived by her daughter, Toni Rae Collins; husband Arnie Hall and his daughters, Cara Hall, Cindy Kane, and Camie Smith and their families; Diane's sisters, Debi Cloyd and her sons, Michael and Tristen Cloyd, Karen Vanderbeck and her son, Diane's nephew Shawn Vanderbeck; brother, Kenny Bliler, and cousins, Myrna Hogstad and Sylvia Banschbach. She is also survived by stepdaughter, Cindy Hogg, her husband Tom and their family; step-daughter, Kelly Collins, former husband Jim Summers, and many other family members, friends, and her dog, Chumley.

The family asks that, in lieu of flowers, donations can be made to the organization or cause of the donor's choice. Memorials will be held in both Chinook and Livingston at a later date. Diane`s ashes will be interred in the Hall family plot in Highland Cemetery in Havre, Montana.

Please see full obituary on the memorial page for Diane on the website https://www.wildernessfuneralhomes.com .