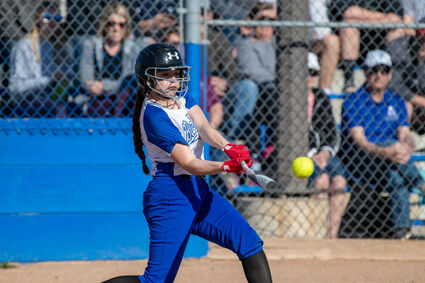 The Havre High softball team was on a three-game winning streak heading into their Tuesday night matchup against Glasgow at Sixth Avenue Memorial Field.

Early on it looked like Glasgow may have a chance of ending that streak when the game was tied, 2-2, in the middle of the second inning. However, the Ponies scored multiple runs in every inning after that to pull away and win, 13-3, for their fourth straight win.

"We're putting the ball in play, we made the plays on defense," HHS head coach Tony Vigliotti said. "It seems like we're getting better every time out so just keep working on o...