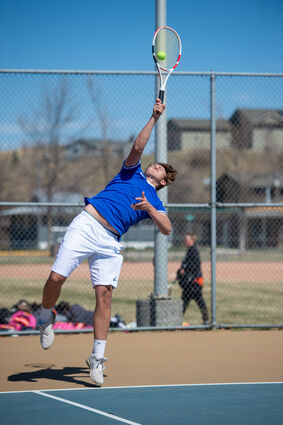 The Havre Blue Pony tennis teams played some tough competition Tuesday in Great Falls. On Friday and Saturday, the Blue Ponies get right back at it.

With the postseason just three weeks away, the Blue Pony netters are trying to improve as much as they can so that they peak at the right time, and this weekend's Elks Invitational in Glendive will help them do just that said HHS head coach George Ferguson.

"We've had to play catch-up for most of this season, one because we missed last year, and two because we have such young teams," Ferguson said. "But now, it feels lik...