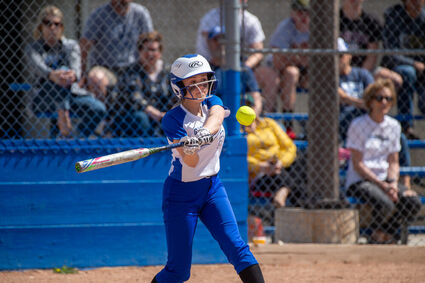 After falling on the road at Lewistown Thursday, the Havre High softball team looked to bounce back in a conference game against Sidney Saturday at Sixth Avenue Memorial Field.

While the Blue Ponies allowed a late surge by the Eagles, Havre pulled out the 20-7 win in five innings.

"They responded well," said HHS head coach Tony Vigliotti. "Will take the conference win. Avery (Carlson) pitched a good game. We put some balls in play, but we got to figure out how to finish."

Not only did the win improve the Ponies' record to 7-3-1 on the season and 2-1 in conference play, but it extended...