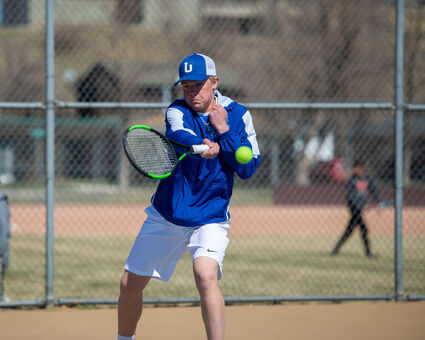 Jared Rosgaard and the Havre High tennis teams won plenty of matches and duals at this past weekend's Mayfair Invitational in Billings. The Blue Ponies are down to their final week of the regular season as they head to Lewistown and the Miles City Invite.

The Havre High tennis teams have hit the final leg of their regular season, and the Blue Ponies played five big matches at this past weekend's Mayfair Invitational in Billings.

Over the two-day event, the Havre boys went 3-1-1, and the HHS girls won twice and lost three duals. But, it wasn't the final results that HHS head coach George Ferguson was looking at, or was most proud of.

"I thought we took key steps forward," Ferguson said. "I thought everybody we took down to Billings showed a ton of improvement, both with their games, but also mentally. We're tryin...