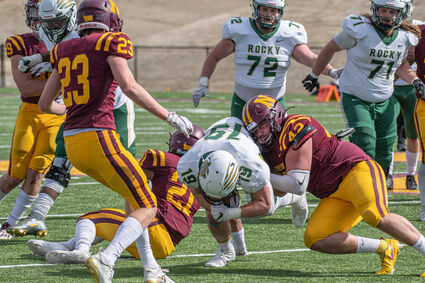 It was very important that the Montana State University-Northern Lights played the four Frontier Conference spring football games in March and April. The Lights benefited in many ways, and one of them was advancing and developing players.

One of those players who stood out was sophomore linebacker Dylan Wampler, who was not only named Frontier All-Conference but has now been named an NAIA Honorable Mention All-American by the American Football Coaches Association.

Wampler is the first player to receive an All-American award since 2011 for the football program. Wampler is a 6-1, 230-pound. linebacker from Peoria, Arizona. He had 50 total tackles, and 21 were solo. He also added a sack on the year in Northern's four-game season.

The AFCA has selected an All-America team since 1945 and currently selects teams in all five of its divisions. What makes these teams so special is that they are the only ones chosen exclusively by the men who know the players the best - the coaches themselves.