Ponies hold on to advance to divisional championship 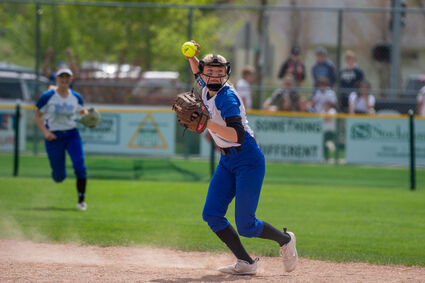 After sweeping Miles City during the regular season, the Havre High softball team looked for their third win over the Cowgirls this season as they began the divisional postseason tournament at Sixth Avenue Memorial Field Tuesday.

The Blue Ponies outscored Miles City 31-0 during the season and looked poised to dominate again after racing out to a 5-0 lead on Tuesday. However, the Cowgirls came back to cut Havre's lead to 6-5 heading to the seventh inning. With runners on base, the Ponies got the final out to secure the win and head to the divisional championship today.