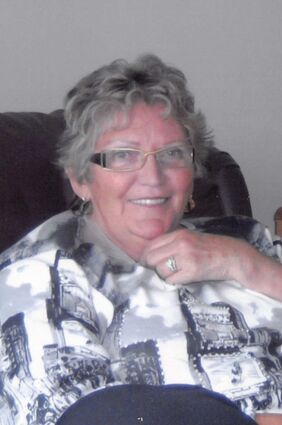 Paulette M. "Pidge" Williams, 78, passed away due to natural causes at Northern Montana Hospital on Sunday, May 16, 2021.

Cremation has taken place, and a memorial service will be held at 11:00 a.m. on Wednesday, May 26, 2021, at Messiah Lutheran Church with Pastor Sean Janssen officiating. Burial will be at a later date with her late husband, Oakley, in Nary, MN.

Polly's family has suggested that memorial donations be made in her memory to the Spokane Shriners Hospitals for Children, 911 W. Fifth Ave, Spokane WA 99204, or to the charity of the donor's choice.

Please visit Paulette's online memorial page and leave a message of condolence for her family at http://www.hollandbonine.com .

Polly was born on December 19, 1942, in Bagley, MN, to Olaf and Julia (Hanson) Amundson, the youngest of five girls. She was raised in Bagley, attending school there. Polly graduated from Bemidji High School in 1961, and began attending the Duluth School of Beauty Culture soon after.

After her graduation from beauty school, she moved to Havre, MT, to be near her sisters. Once in Havre, she began working for Just Plain Jane's salon. In 1964, Polly married Robert Brandon, and the couple had two children. She remained at the salon for years, eventually purchasing it and renaming it Paulette's Boutique.

Polly and Robert divorced in 1984, and, in 1991, she sold the salon and moved to Helena, where she worked for the state of Montana as the salon inspector until her retirement in 1999, which was due to medical issues. At that time, Polly returned to her home state of Minnesota, and it was there that she met and began dating Oakley Williams. The couple married in 2003, and they remained there until late 2017, when he passed away. That following summer, Polly returned to Havre to be near her children and grandchildren.

She was a loving woman who enjoyed music and attending concerts, and watching sports, especially when her grandchildren were playing. She adored her children and grandchildren, and their happiness was her priority. She was an avid Vikings and Minnesota Twins fan. Nalivka's Pizza was a favorite treat, and she also loved lefse and Diet Coke. She had a dry sense of humor, and consistently had her family in stitches with her humor. Polly enjoyed fishing, so much so, that she and Oakley spent their honeymoon ice fishing. In her earlier years, she was a wonderful cook and enjoyed socializing. While in Bemidji, she enjoyed spending time with her and Oakley's great-nieces and great-nephews.

She was preceded in death by her husband, Oakley Williams; parents, Olaf and Julia Amundson, and sister Patty Bitz.