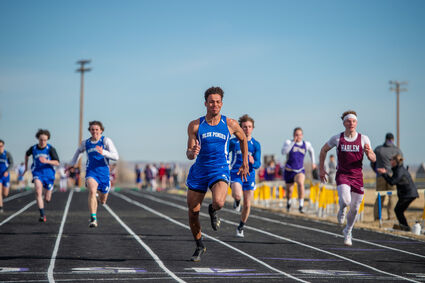 Havre's Nolan Lotton sprints at the Cut Bank Invitational in March. Lotton will compete for a state title in the 100-meter sprint, 200 and 400 this weekend at the state meet in Laurel.

The high-school track career of Havre High senior Nolan Lotton will come to an end this weekend as the HHS track and field team will compete in the state meet in Laurel. Lotton hopes to finish his career at Havre with a state title as he will race in the 100-meter sprint, as well as that 200 and 400.

"It would mean a lot, especially after we had an off year," Lotton said about the possibility of winning a state title.

Lotton has dominated the sprints his senior season. In the 100, he took first in eight meets during the season. The only times he did not win the event was a second-place...