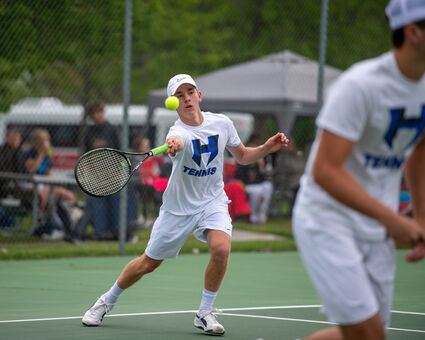 Something special was in the air this past weekend in Billings. And in the end, the Class A state tennis tournament became something very special for the Havre High boys who captured their first state championship since 2005 on Friday afternoon.

"I told people all year I thought we had a strong state team," HHS head coach George Ferguson said. "Sometimes it's not quantity but quality, and we definitely had quality. These guys put in the work. I know because we pushed them hard. And they accepted those challenges. They worked their butts off, not only to be good and have a chance at this, b...