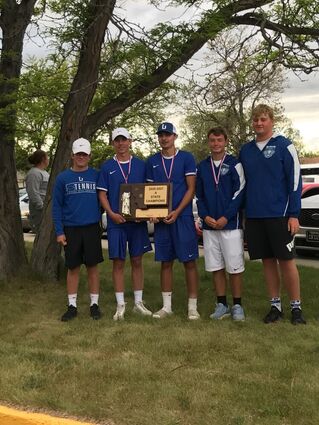 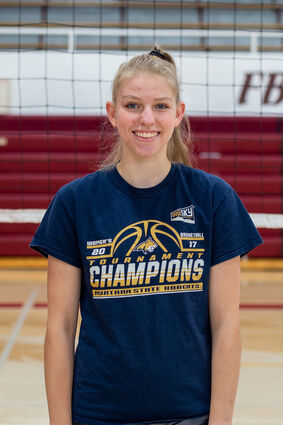 Sixteen years is a long time to wait. But, the Havre High boys tennis team is back on top. Last week in Billings, the Blue Ponies, made up of Josh Warp, Trenton Maloughney, Josh Currie, Caleb Spangler and Theron Peterson, scored 23 points to capture their first state title since 2005. The Ponies got a second-place finish from Currie in singles, while Warp and Maloughney finished third in doubles and scored the team points that clinched HHS’ 7th state championship.

It’s been a huge senior year for Fort Benton’s Abby Clark. And she capped it off with a state championship in the long jump at the Class C state meet last weekend in Missoula. Clark also placed fourth in the high jump, after she swept the long jump, triple jump and high jump at the Northern C two weeks ago. Clark also helped the Longhorns to a Class C state championship in basketball, as well as a Northern C title in volleyball last fall. Fort Benton finished third at the state track meet.