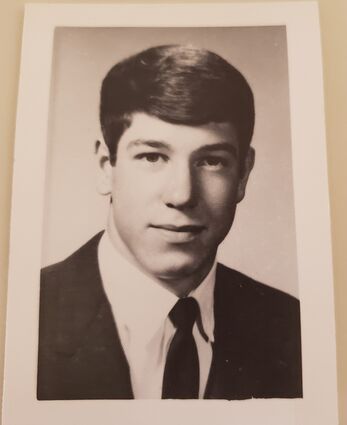 After a courageous battle with cancer, Randall "Randy" Rocks died peacefully at home in Mesquite, NV, on May 25, 2021, with his loving wife of 47 years, Ronnelle "Roni" by his side.

Cremation has taken place and, as no services are planned, Randy would love for his friends and family to take a few minutes, listen to Paul Revere and the Raiders and have a cold beer as you remember him, as he appreciated his time with you.

Randy was born in August 1952 at Malmstrom Air Force Base and was raised on the family farm south of Joplin. Farming was always in Randy's blood and he rarely missed a harvest, yet it was evident early on music was his North Star. Before graduating from Joplin High School in 1970, one could easily find Randy playing trumpet in the school band, listening to vinyl records, impersonating his favorite musicians, practicing the drums, or entertaining the Hi-Line with his garage band Blue Haze.

After high school, Randy attended Helena Vo-Tech for electrical engineering and became a disc jockey with the on-air name of Randy Vincent. While in Helena, Randy met Roni, and on July 7, 1973, they were married in Roni's hometown of Wibaux, MT.

In 1978, after the birth of his first daughter, Alysha, Randy and his family moved to Billings for his engineering career; two years later, Randy was blessed with a second daughter, Rhea. While in Billings, Randy worked for KGHL radio, Yellowstone Public Radio/YPR, started his own business, Rocks Engineering, and was a CD Warehouse franchise owner.

With his daughters raised and educated, Randy left Billings in 2007 and spent the final years of his career in Boise, ID, until his retirement in 2018, when he and Roni moved to Mesquite, NV. In retirement Randy enjoyed the warm winters, beautiful sunsets, and was a member of the local Toastmasters club, where he earned high regards for his speeches.