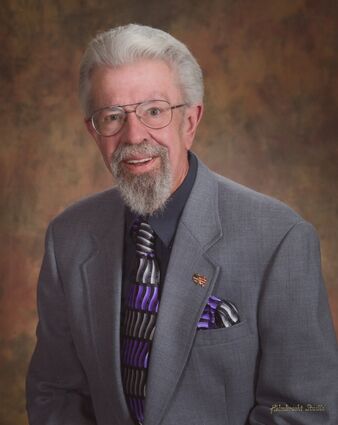 Robert Peter Nieuwenhuyse, 73, passed away due to pancreatic cancer on Friday, May 28, 2021.

Cremation has taken place, and memorial services will be held at 2:00 p.m. on Saturday, June 26, 2021, at Fifth Avenue Christian Church with Pastor Rick Hodshire officiating. Burial will follow with Sue in Highland Cemetery, and a reception will follow his graveside service at the Havre Elks Lodge #1201.

In lieu of flowers, Bob requested that memorial donations be made to the Havre Elks Lodge #1201 Scholarship Fund or Fifth Avenue Christian Church.

Bob was born in San Francisco, California, on April 2, 1948, to Pieter and Paulina M.F. (vander Peijl) Nieuwenhuyse. After graduating from Encinal High School in Alameda, CA, Bob went to the Columbia School of Broadcasting and served in the U.S. Navy as a submarine radio operator. In his service to our nation, he received the National Defense and Vietnam Service Medals.

After his service underwater, to stay high and dry, Bob moved to Havre in 1969 for a position at KOJM radio, but his calling was always one of service. In 1973, he joined the Havre Fire Department as an engineer/EMT, and became a deputy state fire marshal with the Fire Prevention and Investigation Bureau in 1983. During his tenure, Bob received several commendations and awards. For the past 19 years, Bob worked passionately as a substitute teacher at Havre High School.

As Bob's career was progressing, he fell in love with Janice Sue Streeter and they were married on September 11, 1976. As their family grew with their daughter Lynette, Bob and Sue's life continued to be one of giving.

Bob was a proud member of the Fifth Avenue Christian Church and served as a deacon, Praise Team member, A/V technician, and of course the youth group pie auctioneer! He was a member of the Havre Elks Lodge #1201, serving four times as past exalted ruler, past trustee, Scholarship and Americanism committees chairman, district deputy, and Veterans Committee.

Bob sang with the Bullhook Bottoms Barbershop Chorus and volunteered with the American Red Cross. He was a member of the HPS Education Foundation and the USS Montana Committee.

Bob took delight in Lynette marrying Darren Stortz and having two wonderful grandsons, Ethan Andrew and Aaron Robert Stortz. He would do anything to spend time with the boys, and made it a point to pick them up from school and instill in them the best parts of faith and life.

He was preceded in death by his beloved wife, Sue, and his parents.

Left to honor Bob's memory are his daughter and son-in-law, Lynette and Darren Stortz of Havre; grandsons, Ethan and Aaron Stortz; in-laws, Andy and Jody Stortz; his Fifth Avenue Christian Church family; his Elk and fire service brothers and sisters, and many friends