Joelnell Momberg to play at Western 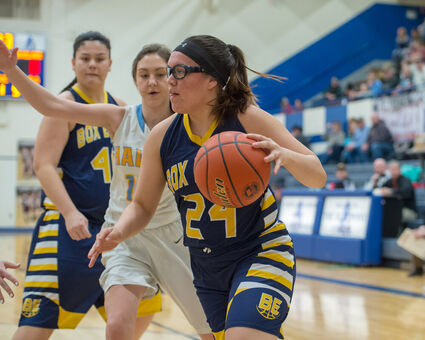 Former Box Elder star Joelnell Momberg will be playing on the Hi-Line again soon, only now, she'll be a Montana Western Bulldog. After playing her freshman season at the University of Montana, Momberg transferred to Western this spring.

One of the stars of a pair of state championship Box Elder squads will shine in the Frontier Conference starting this fall.

Former Box Elder standout Joelnell Momberg recently announced her decision to transfer from the University of Montana to Montana Western in Dillon. Momberg, a 5-foot-8 guard, spent the past year with the Montana Lady Griz. She still has four years of eligibility because the NCAA granted all student-athletes a "free year" last season. Momberg played in 10 games for the Lady Griz last season,

"We are excited to add Joelnell to our family," Western head coach Lindsay Wo...