Kings of the court, again 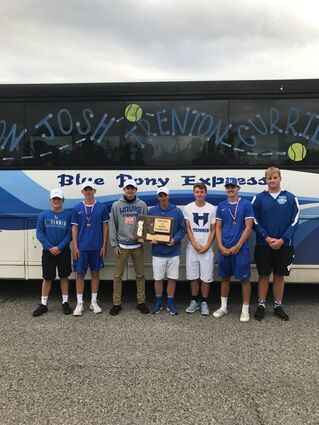 The Havre High tennis team started the century strong with a stretch of six straight state championships prior to 2006. However, despite plenty of success since, the Blue Ponies were not able to reach those heights again for 16 seasons. This past season, the Ponies finally put an end to that drought by winning a state title at the state tennis tournament in Billings last month.

"It felt really good actually. To know it's been that long and some of the names that have come through here since then, we kind of won it for all of them, everyone that wasn't able to win one," said HHS junior doub...