The road show goes on for the Northstars 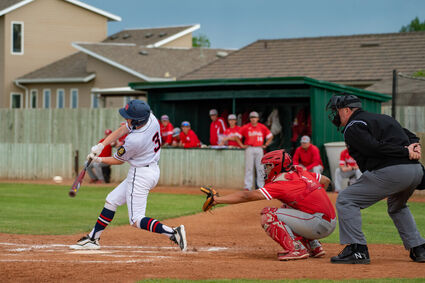 Drake Berreth bats for the Havre Northstars during an American Legion game against Lewistown earlier this month. The Northstars head to Lewistown for a four-day tournament this weekend.

The Havre Northstars American Legion baseball road show was set to continue Tuesday night but that game with the Glasgow Reds was moved. However, the Northstars won't be slowing down.

The game with Glasgow, which was a non-conference, nine-inning affair, was canceled because the Reds had to make up a game with another conference opponent. However, Havre will now get ready to head to Lewistown for five more tournament games this weekend.

The Northstars are coming off a five-game outing in Three Forks last weekend, and, they'll jump right back into the fray in Lewistown. The Northstars will...