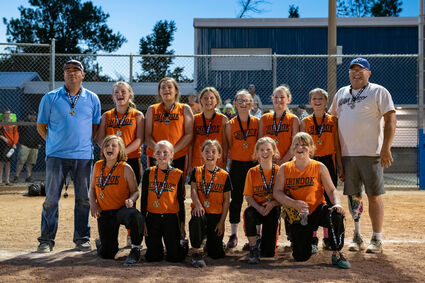 Heading into the championship of the Havre Girls Fastpitch Softball B-League, the Chinook team had the advantage as they were undefeated in the double-elimination tournament and could afford a loss in their game against Triple Dog Thursday night at Sixth Avenue Memorial Field. However, as the game went on longer than expected with extra innings, the game was forced to be the only game for the championship, making it do or die time for Chinook.

With the game tied 4-4 and heading to the bottom of the eighth inning, Chinook finally secured the championship when their batter got walked with t...