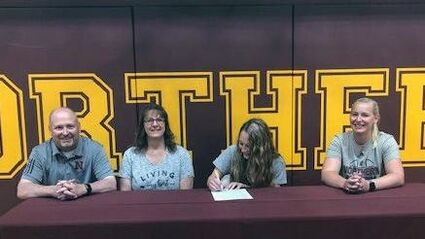 Summer is flying by, and, soon, the Montana State University-Northern women's basketball team will be back to work. And the Skylights will have a new guard in the fold when they do return.

Northern women's basketball coach Chris Mouat has announced the signing of Danielle Tyler to join the Skylights in the fall. Tyler is a 5-7 guard from Whatcom Community College in Bellingham, Washington.

In a shortened season this year, Tyler averaged 16.2 points per game, good for 12th in the entire Northwest Athletic Conference (NWAC). She shot 36 percent from the field, 30 percent from the three-...