Havre Force 10U have successful season away from home 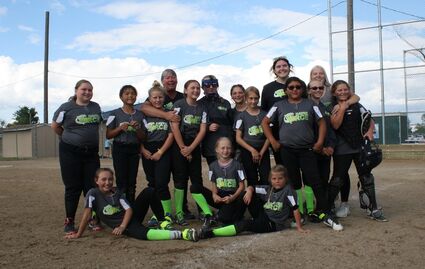 The Havre Force 10U softball team went 11-4 this season. The highlights of their season were winning their tournament in Helena, finishing second in the Falls Fusion Classic and going 6-0 in MonDak League.

Over the past month, the Havre community has had the chance to watch the Havre Girls Fastpitch Softball A-League and B-League compete in their championship tournaments. However, they did not get the chance to witness the successful season the Havre Force 10U team had as they played most of their games on the road this past season. Despite not getting to play in front of a home crowd for most of the season, the Havre Force finished the year with an 11-4 record.

"Our girls played very well," said assistant coach Kaitlin Anderson. "They have improved so much from last season and I couldn't b...