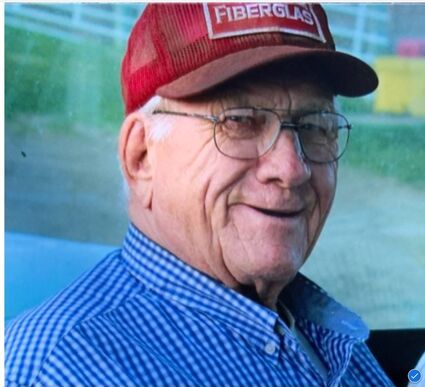 Clyde, or as he was known around the country, "Web," passed away in the early morning hours of July 2, 2021, with family by his side as "Wichita Lineman" played softly, and the lights blinked twice.

Web was born September 10, 1933, in Dillon, MT. Early in his life, he moved to Havre, MT, then later to Big Sandy, MT, where he was raised by his grandparents, George and Marie Fry. He graduated from high school in Big Sandy in 1953.

He married Carol Joan Blazek in June 1953, and his family grew to include Sheila, Pam, Marcia, and Brenda. In the early years, he and Joan lived in Big Sandy, where he managed the Texaco station. In the spring of 1957, the family moved to Havre where Web worked for Triangle Telephone (the REA) as a lineman. Web installed the first telephones in homes all over the Big Sandy and Havre areas.

In December 1971, Web married Dianna Shanahan, and his family again grew to include Shawn and Jeff. In 1960, Web purchased land south of Big Sandy and began farming. Over time, more acres were added, and Web enjoyed his farming for many years. The remark was made that Web crawled off the tractor and moved into the nursing home.

His last three years were spent at the Big Sandy Medical Center.

Web's accomplishments throughout his life were many. His life was a testament to his determination and personal drive. He was a true believer in hard work and an early start. He was a man who was always there for his family and friends in times of need. He was proud of his Czechoslovakian heritage, and always loved to meet a fellow "bohunk." He had a great passion for vehicles, and he came to be known for his mechanical abilities, knowledge of vehicles, as well as his ever-growing collection of them. His physical strength was legendary. He took joy in pulling a good prank on friends, had a great sense of humor, and had many stories to tell of the adventures throughout his life. They broke the mold when they made Web. No obituary could ever capture the specialness of what he was. Our world will not be the same without him.

He was preceded in death by his parents, grandparents, and an infant daughter, Karen.

Memorials may be made to the Town of Big Sandy New Pool Project or the Big Sandy Senior Center.

Holland and Bonine Funeral Home has been entrusted with service and arrangements.

Please visit Web's online memorial page at http://www.hollandbonine.com to leave a message of condolence for his family.