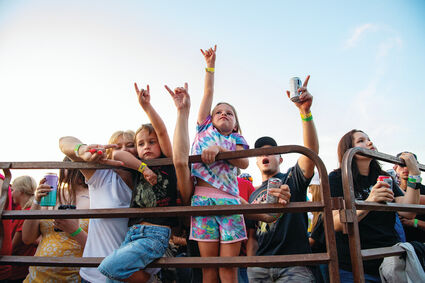 People came together at Great Northern Fairgrounds over the weekend to enjoy Beaver Creek Jam, a weekend of music captured by a documentary film crew.

One of the bands that performed Friday, The Southern Satellite, is in the process of being filmed in its last week of footage on tour for a project currently titled "Road Show."

T.J. Broscoff, frontman for The Southern Satellite, said on stage Friday night the series will be on a major streaming service in the future.

The two-day music festival, which featured two stages, was part of a fundraiser for a proposed veterans memorial campgrou...