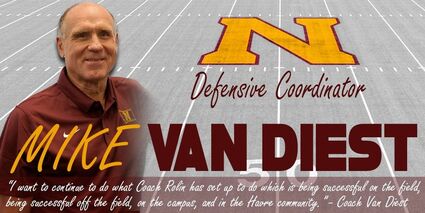 There are few names in the world of Montana football, and none that are bigger in the realm of NAIA coaching than Mike Van Diest. That name, when it comes to success, knowledge and skill, reigns supreme after what was an incredible and historical career at Carroll College, where he led the Fighting Saints to six NAIA national championships.

On Monday afternoon, Northern head coach Andrew Rolin announced that he has lured Van Diest out of retirement...