English works on first Great Northern Fair from the start 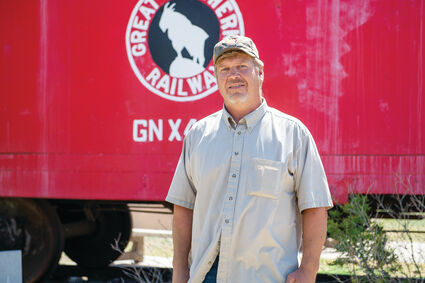 Great Northern Fairgrounds Manager Frank English poses for a photograph on the fairgrounds.

The Great Northern Fairgrounds manager is in his third year, but this is only his second fair - after the 2020 fair was canceled due to the COVID-19 pandemic - and the first fair he has worked on from the ground up.

Havre native Frank English was hired as the manager of the Great Northern Fair and campground in 2019, just before the fair.

He said this is his first year in the role starting from scratch. The 2019 fair was close to set when he started.

He said his approach to the job is simple - to make as many people smile as possible.

English's duties include coordinating the fairground...