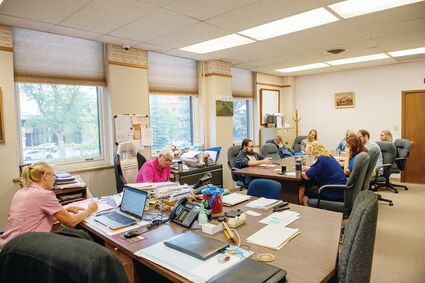 The Hill County Commission voted 2-0 to remove Bob Sivertsen from the Hill County Fair Board and accepted the resignation of Fair Board Chair Josh Heitzenroder at their weekly business meeting Thursday.

Neither Sivertsen nor Heitzenroder attended the meeting.

Commissioner Jake Strissel was excused from the meeting.

Hill County Commissioner Mark Peterson, who declined to comment on the situation when the allegations were being made, said it's regrettable that the commission has to do this and questioned the veracity of the accusations made by employees.

"This situation has been much-talked-about," Peterson said. "Whether all of that information is 100 percent correct, it's out there."

He said he actually witnessed one incident described by employees, so he knows that one is accurate but refused to say which incident it was.

Hill County Commissioner Diane McLean said the commission had asked the fair board to speak with Sivertsen about his behavior, and sent a commissioner to talk to him, but it eventually became clear that his behavior was not going to change, and this removal is the last option they have.

"There doesn't seem to be any change in his actions, so that's why we've come to this point," McLean said.

Peterson also praised Sivertsen for his work at the fairgrounds saying he worked long hours and did a lot of good there as an unusually active board member.

"He attempted to do what he thought was right, and he did a lot of good things while he was there, but there were things that we just couldn't overlook," he said.

Before the final vote Peterson said he wanted to thank Sivertsen for all the good he did for the fairgrounds.

The amount of work Sivertsen claims to have done at the fairgrounds, as well as the quality of said work has been challenged by Stevenson who, when detailing the barn stall incident, said based on her observations, Sivertsen doesn't donate nearly as much time to the grounds as he claims and the quality of the work done in that time left much to be desired.

She said he would do things like turn sprinklers on in already-wet areas, allowing water to pool on the grounds, spend a lot of time just driving around, and micromanage employees he had no authority over, undermining Great Northern Fairgrounds Manager Frank English, who also questioned aspects of Sivertsen's contributions.

Peterson said Sivertsen's removal is part of a larger effort to remedy tension between fairground management and the fair board.

"We need to start getting this under control and this is where we start," he said.

Peterson and McLean both lamented that the situation had come to this point.

"This is never something that we enjoy doing," McLean said.

Heitzenroder has been widely criticized on social media for not doing enough to address Sivertsen's behavior.

Stevenson said he, and other members of the board, would brush off complaints they made regarding Sivertsen's behavior and Heitzenroder would frequently make excuses for that behavior, preferring to blame English for whatever was going wrong at the grounds.

Heitzenroder had not responded to a request for comment regarding his departure by print deadline this morning.

At the meeting, the commissioners also approved the county to participate in Montana State Fund's Work Safe Champions program in an effort to implement a safer work culture.

McLean said the program is an eight-module course with on-site classes county employees can attend and take back to their departments.

McLean said employees who take these courses can do it on work time and she's hoping at least one person from each department will take them.

She said the county has been encouraged to use the program because its workman's compensation rate is pretty high.

She said she hopes these courses can save the county a lot of money, and given that the program cost the them nothing but time, it seems like a reasonable thing to do.

"It will not only save premiums if we can save someone heartache from accidents that don't have to happen that would be awesome, too," she said.

Peterson said he's seen the courses himself and hopes to make this a more regular thing for employees to engage in.

He said the County Road Department has already volunteered two attendees for the courses and is very much on board with using the program. 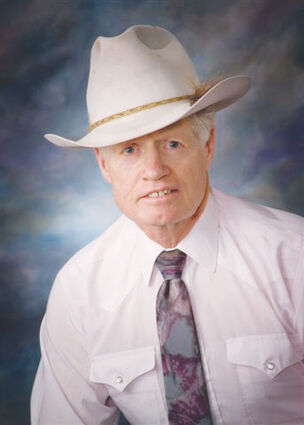 The commission also approved a resolution authorizing the submission of an application to the Montana Coal Endowment Program to prepare a planning grant for necessary repairs to Cottonwood Bridge.

Peterson said the bridge was built in the late 1930s, and is one of only three places in the county where people can cross the Milk River.

He said this application will kick off the three-year process of replacement of the bridge.

He said the remainder of the project, which will likely cost $3-4 million, would be picked up by the state if the application is accepted.

In the meantime, McLean said, load limit signs have been put up at the bridge to ensure traveler safety.