Proctor sworn in as Hill County Superintendent of Schools 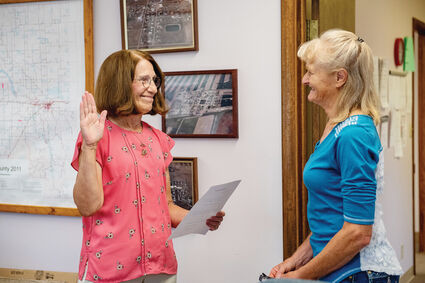 Former Havre High School teacher Victoria Proctor was sworn in Monday at the Hill County Courthouse as Hill County superintendent of schools, a position she said she has been excited to fill for some time.

"I am very excited. I've been looking forward to this all summer," Proctor said.

She said she heard about the position being open in the middle of the last school year, one she initially planned to finish out.

But she said the position opening up faster than she anticipated, caused her to withdraw from teaching slightly sooner than she planned.