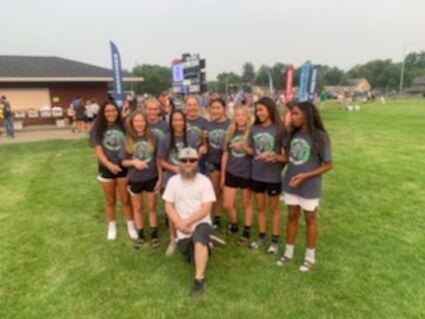 The Havre Ballers at the Big Sky Games in Billings last month. The Havre Ballers went 5-0 at the games and defeated the Bowman Breeze to win the gold medal in the seven- to eighth-grade girls group.

While the summer Olympics are in full swing, sports fans should not forget Montana's own Big Sky games that took place in Billings July 16-18. After missing last year, the best athletes in Montana and some surrounding states gathered to compete. At these games, several local young athletes took home medals for their efforts. The seven- and eighth-grade girls basketball team, the Havre Ballers, had a great weekend as they went 5-0 and took home the gold medal.

"The girls played really good. Played really hard," head coach Richard Jarvis said. "They went down and they competed as a team, the...