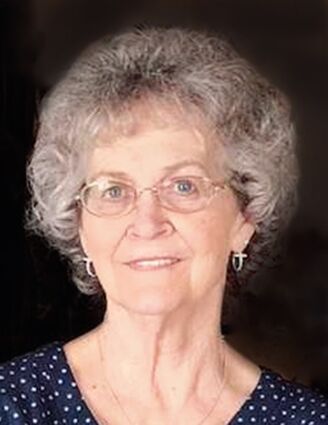 Alice Kay "Blackie" Preeshl, 76, of Havre, Montana, peacefully passed away on Monday, August 2, 2021, after a seven month battle with encephomalacia, where her family was continuously by her side.

Alice was born on August 12, 1944, to Oswald and Dorothy Teigen. Her childhood started out in Eureka, Montana, before moving to Ronan, Montana, in 1955. After graduating from Ronan High School, Alice moved to Missoula, Montana, and worked as a sales associate at the local JC Penney Department Store. She was passionate about her job and had a real knack for drawing in the customers. She also worked a part-time job at the front desk of the Snow Bowl Ski Hill.

During her time in Missoula, Alice met the man who would woo her. In April of 1966, Alice married Paul Preeshl and the two began building their family with the birth of their son, Rocky, in August of 1967. Two years later, in September of 1969, they welcomed their daughter Paulette into the world. Last but certainly not least, in September of 1975, they were blessed with their second daughter, Joelle. The couple made a life for themselves and their children in Hot Springs, Montana, before moving the family to Kremlin, Montana, in 1976.

Alice had many passions throughout life including documenting her husband and children's sporting and school events through photos and newspaper clippings, crafting, driving grain truck during harvest, bowling, gardening, decorating and handing out oodles of candy for every holiday. She was known for her big garden when living in Kremlin, where you would find her many hours of the day. Her homemade canned pickles were the best. She was also willing to help out wherever she was needed. She enjoyed filling in as a school janitor, cook, secretary and substitute teacher. She also enjoyed filling in as a store clerk at Mel's Foods in Kremlin.

One of her proudest accomplishments was when she purchased the Fresno Tavern. Alice enjoyed tending to and socializing with her many patrons. She was known to lend a helping hand, whether you were a friend or a stranger. She loved to joke around and never took any shit. She especially enjoyed being part of the Fresno Chapter of Walleyes Unlimited. Hosting dinners for fishing tournaments, knowing if the walleye were biting and taking pictures of the days' greatest catches were all things she took great pride in. She also enjoyed making memories at the tavern with her children and grandchildren. You would often find her with one of the grandchildren standing on a chair learning to play pool or upstairs coloring and watching cartoons. Gathering her family and extended family at the tavern for Christmas dinner was her favorite.

After retiring and selling the tavern, Alice moved to Havre, where she continued to enjoy spending time with family and friends, tending to her many flowers, gardening, playing cribbage and helping her neighbors whenever she could. She was known for her sass and her spunk; Alice, or Blackie, as most fondly called her, will be missed by many.

Alice was preceded in death by her parents; brothers, Swede, Dale, Cliff and Bill; sister Helen, and lifelong companion and father of her children, Paul.

A private memorial service will be held in Ronan, Montana. In lieu of flowers, donations can be made in her honor to the Fresno Chapter of Walleyes Unlimited.