Northstars' great season was a privilege to cover 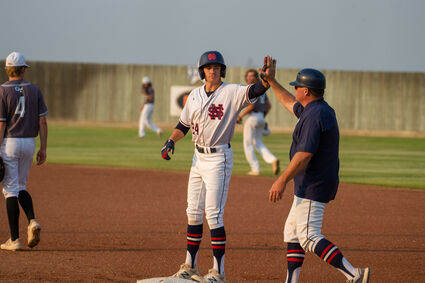 Havre's Caden Jenkins celebrates reaching base against the Glacier Twins at the State tournament in July at Legion Field.

I did not know what to expect from the Havre Northstars American Legion baseball club heading into this summer.. After just moving to Havre in January, all I knew about the team I was going to cover all summer long was that they had qualified for last year's state tournament and were returning most of their players. I could not have expected that the Northstars would go on to have their best season in recent memory but it was a joy to be along for the ride and chronicle their success.

From the start of the season, I saw the promise in the team as they went 3-0 in their opening weekend bac...