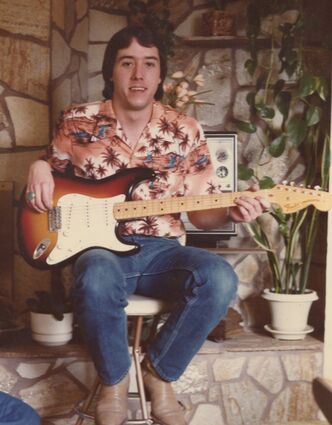 Gary T. Webb, 63, passed away due to natural causes at Northern Montana Hospital on Sunday, August 15, 2021.

Cremation has taken place, and private graveside services will be held at a later date. Gary's family has suggested memorial donations be made in his memory to the charity of the donor's choice.

Please visit Gary's online memorial page and leave a message of condolence for his family at http://www.hollandbonine.com.

Gary was born on July 14, 1958, in Havre to Harold N. and Margaret R. (Zygmond) Webb. He was raised in Havre, playing Little League Baseball as a youth, and graduating from Havre High School in 1976.

Also as a young man, Gary asked his parents for a guitar, and upon receiving it, began to play. Thus began his lifelong love of music. After high school, Gary began playing in bands, including a few local bands such as Bitterroot and Groove House, and also Billy Waldo and the Flying Grizzlies. Gary worked in the maintenance department at the Duck Inn for several years before health issues forced him to retire.

Gary's passion was always for music, but he also enjoyed yardwork, gardening, camping, especially at Beaver Creek, and hiking in the Beartooth Mountains and around Glacier.

He was preceded in death by his father, Harold Webb, and his sister and brother-in-law, Tina and Ray Griffith.

Gary is survived by his mother, Margaret Webb and numerous aunts and cousins.