Montana's stake in the infrastructure plan

Sen. Jon Tester worked to include billions for Montana in Congress' $1.2 trillion infrastructure deal. As the House takes up the debate, here's a look at what's on the line for the state. 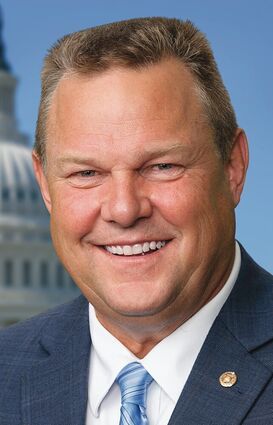 Earlier this month, the U.S. Senate approved a $1.2 trillion spending plan aimed at addressing critical national infrastructure needs. The bill is poised to inject billions of dollars into Montana's highways, bridges, water systems and broadband, and the fate of that funding now rests with the U.S. House of Representatives, which began debating the proposal's path this week.

Democratic Sen. Jon Tester was among the bill's chief architects, working alongside four other Senate Democrats, five Senate Republicans and top White House aides in closed-door meetings in June to hammer out a bipartisan deal. In an interview with Montana Free Press last week, Tester described the various commitments he fought to include as "critically important" in ensuring the economic vitality of communities across the state.

By far the biggest pot of funding Tester has trumpeted is a $42.5 billion national program to help state and local agencies work with internet service providers to extend broadband access to areas without adequate connectivity. Under the bill, those providers would also be required to offer low-cost service to low-income families. The U.S. Department of Commerce, which would administer the program, referred to the funding this month as "the most significant government investment in broadband access and infrastructure in American history." Montana, like all other states, will also receive $100 million to assist with planning for broadband deployment. The money will come in on top of millions in federal COVID-19 relief funds Montana officials have already identified for use in expanding broadband access.

"We got enough money to take care of the entire state," Tester said. "Everybody should have service once this bill's implemented."

Tester described many of the bill's other spending provisions as "traditional infrastructure." According to a breakdown provided by his office, the bill includes $2.8 billion for Montana highways, $225 million for bridge repairs and replacements and $144 million for airport infrastructure grants. Water was also a key Tester priority during the June discussions, and he succeeded in including $1 billion into the bill to complete rural water projects throughout the West authorized by the U.S. Bureau of Reclamation. Such projects include several multi-million-dollar initiatives to improve regional water quality in central, north-central and northeastern Montana, as well as a longstanding effort to improve municipal, tribal and irrigation water systems in north-central Montana through the Milk River Project.

Jennifer Patrick, project manager for the Milk River Joint Board of Control, said the $100 million marked for the project would likely be used to rehabilitate the St. Mary's diversion dam, which represents roughly a third of the overall improvements needed for aging infrastructure throughout the Milk River Project area.

"The No. 1 priority would be the diversion dam," Patrick said. "The diversion dam has a bull trout lawsuit that was dismissed, it has some environmental species impacts that need to be addressed, it's a hundred years old. It's our first structure and it needs modernization."

"This is part of what can help change the economic environment in Indian Country," Tester said. "It's just going to get those off the books, which is, I think, really important."

Tester added that he would have tried to include a water rights settlement with the Gros Ventre and Assiniboine tribes on the Fort Belknap Indian Reservation as well, but Congress has yet to authorize it.

Tester also offered more detail on $3.37 billion in funding designated for wildfire risk reduction nationwide. Three distinct mitigation activities - prescribed burning, forest thinning and the development of fuel breaks - are each slated to receive $500 million, Tester said, while an additional $200 million would fund efforts to remove vegetation for the purpose of creating biochar and other alternative wood products. Other items include $100 million for forest restoration, another $100 million for collaborative landscape-level restoration projects, and $20 million for joint fire science programs at the university level.

"With the exception of the restoration, this is a proactive effort to do some things on fire," Tester said. "Fire is always going to be a part of the landscape, especially when you have drought conditions like we have this year, and so we need to consider that. But we also need to do the things we can do to try to minimize the threat, and that's what I think we've done in this bill."

The sprawling infrastructure plan isn't solely centered on financial commitments. One provision in the bill would grant livestock haulers in Montana broader flexibility when it comes to how many hours they can spend on the road. Current federal regulations limit the amount of time a driver hauling livestock can be on the road at one time to 11 consecutive hours, after which they're required to rest for 10 hours. Those breaks can be hard on industry members, Tester said, necessitating multiple breaks on interstate trips during which cattle must be offloaded.

The infrastructure bill would allow haulers to wait to begin recording their hours until after they've traveled 150 air miles from their starting location, and would remove a seasonal restriction on that exemption. Dennis Berger, who owns Florence-based Berger Trucking and has been in the livestock hauling business for 50 years, said extending those hours would be a considerable improvement for his company and the dozen drivers he works with who struggle to comply with existing regulations on lengthy hauls to markets in the Midwest.

"All summer, it's 100 [degrees and] above going across the whole country, and you can't leave cattle sitting there. You've got to get them there as fast as you can," Berger said. "Some of my drivers, what they've done is they got their wives a [commercial driver's] license so they can take them with, and that helps them to make the hours work."

Though Republican Sen. Steve Daines has expressed support for many of the bill's individual project's, including the St. Mary's diversion dam rehabilitation, he was a vocal opponent of the infrastructure plan as a whole in advance of the Senate's Aug. 10 vote, and joined 30 other senators in voting against the measure. In an email to MTFP, his office said Daines' position stems from his concern that the bill's $1.2 trillion price tag will increase the federal deficit.

"Montanans were told and promised that this massive, 2,700-page bill would not increase the debt," Daines' office said in an emailed statement. "Unfortunately, according to Congress' nonpartisan budget scorekeeper, the package not only increases the debt, it increases it by $256 billion. This is absolutely unacceptable, especially at a time when Montana families are already dealing with soaring inflation and skyrocketing prices on everything from gas to groceries."

Tester attempted to counter that claim by explaining that the Congressional Budget Office neglected to take into account several revenue-generating provisions in the bill.

Montana's Rep. Matt Rosendale has not stated publicly whether he'll support the bill. A spokesperson for his office said he is waiting for the measure to come before the House.

The fate of the infrastructure bill is inextricably tied to a $3.5 billion budget plan also passed by the Senate this month. That proposal, which has generated strong opposition among congressional Republicans, includes a host of spending commitments not included in the infrastructure plan, among them funding for health care, education and climate change programs. House Democrats were split Monday over which measure to prioritize, working well into the evening without reaching a resolution. 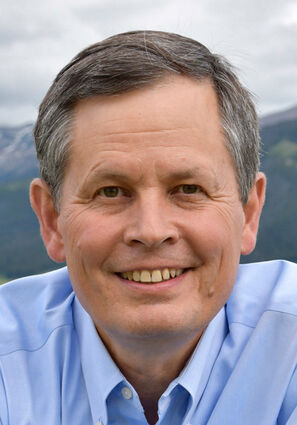 According to Tester, the likely next step is a complex reconciliation process during which House members will discuss potential changes to the bill. He expects those negotiations to last several weeks, and said he's hopeful the process will present an opportunity to address workforce housing, child care, climate change and other issues that aren't considered in the infrastructure bill. In other words, Tester said, much remains on the line for Montanans as Congress continues its debate.