The Havre High football defeated Sidney, 12-7, in their season opener 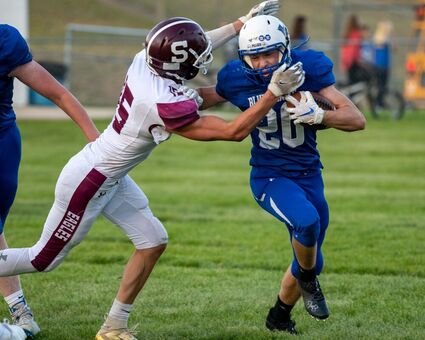 After a slow start to the game, the Havre High football team finally got their offense rolling in the second half of their season opener on Friday night at Blue Pony Stadium. But heading into the final quarter, they still trailed Sidney 7-6. In the final minutes of the game, the Blue Ponies got the ball around midfield with a chance to take the lead.

After they moved the ball into the red zone, they let running back Orion Thivierge carry them the rest of the way. On the last five plays of the drive, Thivierge carried the rock including the two-yard touchdown run up the middle to take a 12-...