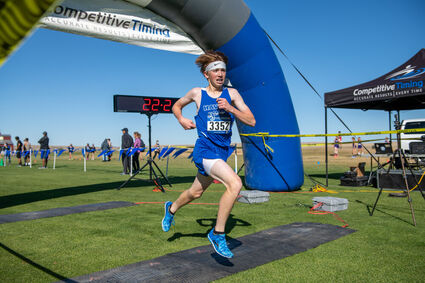 Havre's Caleb Tomac runs at the Havre Invite last fall. The Havre High cross country team will compete this weekend at the Hardin Invitational after placing first in their season-opening meet in Browning last weekend.

With a win in both the boys and girls meets in Browning last weekend to open the season, Havre High cross country head coach Erin Lynch hopes to carry that success into the Hardin Invite this Saturday. As they head into this weekend's meet, Lynch looks forward to tougher competition.

"We have a baseline time for our season under our belts from last week," Lynch said. "This week, I'm curious to see how the kids do in a much larger meet and one with more Class A competition."

Some of those Class A schools they will compete against include Billings Central Catholic, Miles City, Lewistown, H...