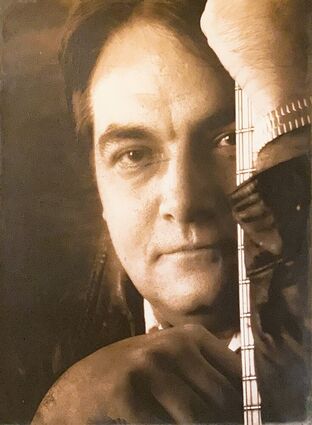 Kirt L. Miller, 74, passed away at Northern Montana Hospital due to natural causes on Tuesday, August 31, 2021.

Cremation has taken place, and memorial services will be held at 2:00 p.m. on Friday, September 10, 2021, at Holland & Bonine Funeral Chapel. A reception to honor Kirt's life and love of music will be held immediately following the memorial service at the St. Jude Parish Center across from Pepin Park.

His family is in the process of setting up a scholarship fund through the University of Montana for music education, and more information will be posted as it becomes available.

Please visit Kirt's online memorial page and leave a message of condolence for his family at http://www.hollandbonine.com .

Kirt was born on May 4, 1947, in Macedonia, IA, to Robert and Blanche (Lowman) Miller. The family moved to Havre in 1953, and Kirt attended Havre schools, graduating from Havre High School in 1965. He discovered a love for music and a passion for singing and playing various instruments at a young age. While still in high school, Kirt played in a band known as The Squires.

After high school, he went to Haight-Ashbury for a few years, and then returned to Montana. At this time, he settled in Missoula and began attending the University of Montana part-time, and working as a musician. In the late '80s, Kirt graduated from the University of Montana with a bachelor's degree in music education. He then returned to Havre to teach in the schools located in Havre, Gildford, and Rocky Boy, sharing his love of music with his students. He also owned the music store in Havre known as Country Music.

In 2003, he married Frannie Boskovich in Las

Vegas, and the couple made their home in Havre. He remained working in the schools until his death.

Kirt's passion was music, and he shared that by ensuring that children had musical instruments to play, organizing and participating in the Kicks at Six concerts every year, traveling to Missoula to play with other musicians, and playing with his family. He also loved history, most especially the history surrounding Fort Assiniboine, where he served as a tour guide for the past three years. He adored his family, and spent as much time with them as he was able.

He was preceded in death by his parents, Robert and Blanche Miller.