From tee to Green 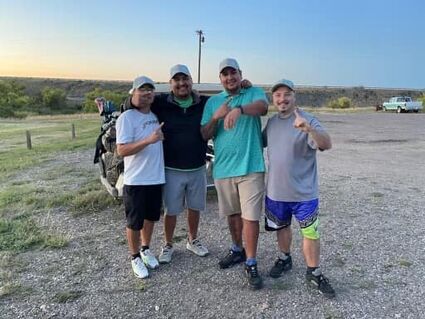 Another champion was crowned this past week, as Beaver Creek Golf Course finished its men's league playoffs last Thursday night.

And in the championship match, Vic's defeated Triangle for the league championship. The championship team was composed of Neal Rosette, Adam Demontiney, Pete Stiffarm, and Ian Windyboy, as well as Myron Hoops, JoJo Billy and Levi Olson. Triangle was made up of Mark Majeres, Sam Cassel, Jim Rader, Dave Rucinsky and Merrill Gray.

Good job everybody on a great men's league season at BCGC, and congrats to Vic's.

Leagues may be winding down, but college golf is just starting for the Montana State University-Northern Lights and Skylights. Northern will once again be coached by Jim Kirkpatrick, and the teams will start their fall season next Monday at the Montana Tech Invitational in Butte. They also play at Providence Sept. 20-21 and Rocky Mountain College Oct. 4-5. Good luck, Lights and Skylights.

Lastly, From Tee to Green will run for three more weeks, so again, if anyone is wanting to get information published, please get it to me as soon as you can.