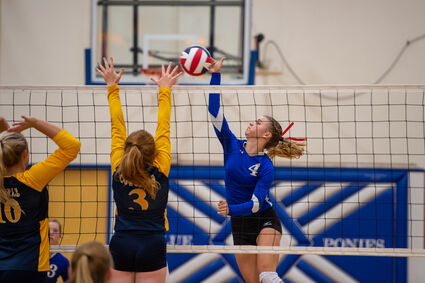 Through their first three matches of the season, the Havre High volleyball team was never pushed to the brink as they swept all three of their opponents. On Saturday night at Blue Pony Stadium, Miles City gave the Blue Ponies a fight that lasted five sets. Despite their best effort, Havre lost to the Cowgirls, 3-2, by scores of 24-26, 25-17, 25-21, 20-25 and 15-17.

"It was a battle. Miles City just came and was pretty relentless all the way around," HHS head coach Stephanie Huse said. "They served extremely tough and they play defense extremely well. We had very little answers to how well...