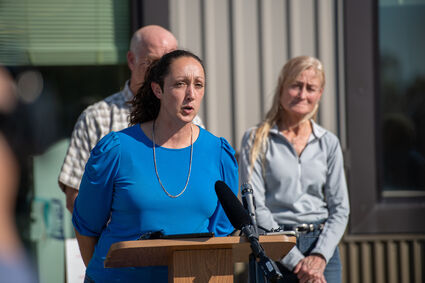 Gianforte said his thoughts and prayers, as well as those of all Montanans, are with those affected by this derailment, and offered his thanks and praise to the volunteers and the larger Hi-Line community for their work over the previous 24 hours.

He said first responders from counties across the Hi-Line assisted with the situation, most of them working through the night with not a wink of sleep in order to get people the care they needed.

"This was an all-of-the-Hi-Line effort," he said, praising those present and not. "You made Montana proud." 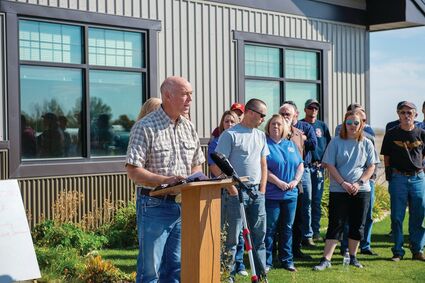 Gianforte said it wasn't just the first responders, but everyday community members who came to help however they could.

"This town, community and, in fact the entire Hi-Line stepped up," he said.

Gianforte said Montanans have faced great challenges over the last 18 months but their resilience comes through, and that showed Saturday.

He said the cause of the derailment is still being investigated and said these kinds of investigations are typically completed within nine days or so, but he has no way of predicting anything beyond that.

However, he said, the state will coordinate with Amtrak and BNSF along with local officials to find out what happened and get the track operational as soon as practically possible.

The Empire Builder runs along tracks owned by BNSF Railway as it runs along the Hi-Line on its route between Chicago and Portland, Oregon, and Seattle.