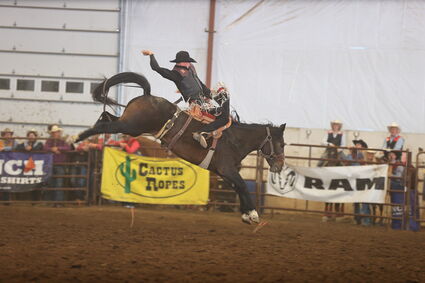 After a few weeks on the road, the Montana State University-Northern rodeo teams finally got the chance to ride in front of their home crowd this weekend on the Biggert Better Barn at the Great Northern Fairgrounds. In the week before the rodeo, the MSU-N riders dealt with adversity with some of them getting hurt. Despite this, MSU-N head coach Doug Kallenberger believes his team performed well.

The MSU-N women's team performed well with a score of 235 to place second in the rodeo behind Montana State University. University of Montana Western came in third behind the Skylights. The MSU-N men's team took third in their rodeo behind first-place Miles City Community College and second-place MSU.

Mikenna Schauer took first in the goat tying event with a total time of 12.9 seconds. After she placed sixth in the long go with a time of 6.6 seconds, Schauer improved in the short go to take first with a time of 6.3 seconds.

Rope Three Irons also took first for MSU-N. Along with his partner Taggart Hammons of Northwest College, he took first in the team roping with a total time of 16.6 seconds. In the short go, they took first with a time of 4.5 seconds. With this being their only rodeo at home this season, the home crowd should be more than satisfied with how MSU-N performed.

"It was amazing to see the crowd and then see the support that the community gave the team," Kallenberger said. "We haven't managed to get three main champions in one rodeo yet and to do it in front of our hometown crowd was pretty special." 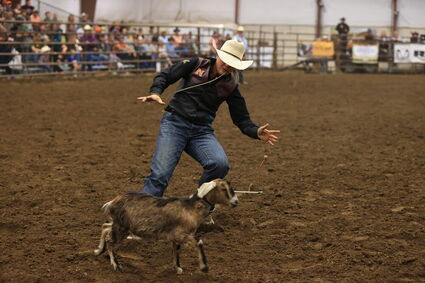 The MSU-N rodeo teams now only have one more rodeo this fall before they have their midseason break. They will next compete this weekend in a rodeo at UMW in Dillon. With their performance this past weekend and all the adversity they faced, Kallenberger feels confident with where his riders are at.

"It was just a great confidence builder. Shows me the maturity of these kids in that mindset of even the incoming freshmen. That they can block things out for one round or one ride. The pain, the heartbreak or whatever they're dealing with, they can just block it out," Kallenberger said.

MSU-N rodeo will next compete in the UMW rodeo in Dillon this Friday and Saturday to end the fall portion of their 2021-22 season.