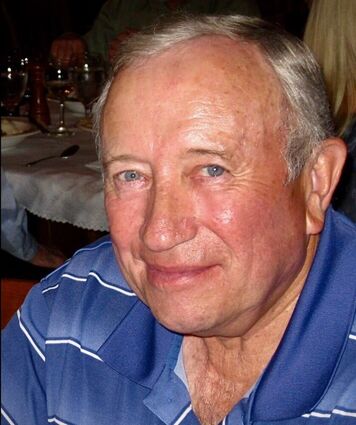 Charles Roger "Chuck" Patrick, age 78, passed away from COVID-19 Friday, September 24, 2021, at Community Hospital in Missoula. Montana has lost one of its finest men and he will be deeply missed.

Born on November 13, 1942, in Havre, Montana, to Russell and Ardys Patrick, Chuck began his life in the windswept Hi-Line farm country. On the farm he learned invaluable lessons of work and friendship and love and loss, including the death of his father in 1961, when Chuck was just 18 years old. After two years at Northern Montana College, it fell upon him to run the family farm and look after his widowed mother and two younger brothers. Those early experiences undoubtedly forged the character and skills he eventually applied to the tire business. Along with Jack Hasty in 1977, Chuck established, grew and oversaw as its president, Tire-Rama; one of Montana's most successful and enduring homegrown businesses. It may have also helped that Chuck had 65 first cousins who all needed tires and service.

In 1963, he married Florene Lynch, with whom he shared the rest of his life and had three children, Rhonda, Randy and Tara. The couple made Great Falls their home for many years before moving to Billings and then Missoula, spending some winter months after retirement in Mesa, Arizona. While living in Billings, Chuck was active at American Lutheran Church and served as an usher there for many years.

Everyone who had the good fortune to visit with Chuck believed he was one of them. Whether golfing and dining with the legendary Arnold Palmer at the Bay Hill Classic in Orlando, or having a drink with a tire buster from any one of Tire-Rama's 30 stores, Chuck's honesty, humility, gentle humor and intelligence always left one feeling they had encountered someone genuine and special. He was an avid golfer and fisherman and a skilled woodworker and handyman.

Chuck rarely lost at a game of pinochle, gin or hearts. In the months before his passing he had an idea to build a small cabin on a river or lake where he could fish and craft woodworking projects. He is there now.

The strength and honor Chuck lent this world as a husband, father, grandfather, brother, son, farmer and Tire-Rama manager and President will be long-remembered by those who knew him.

He is survived by his wife, Florene Patrick; brothers, Larry Patrick and Warren Patrick; daughters, Rhonda Steubs and Tara Patrick; and granddaughters, Taylor Steubs and Riley and Natalie Laslovich.

He was preceded in death by his father, Russell Patrick; mother, Ardys Ewald; and son, Randall Patrick.

In lieu of flowers, memorials may be made to the Rudyard Depot Museum, 25 Fourth Avenue, Rudyard, MT 59540, or a charity of one's choice.

A memorial service to celebrate Chuck's life will be planned for a later date.