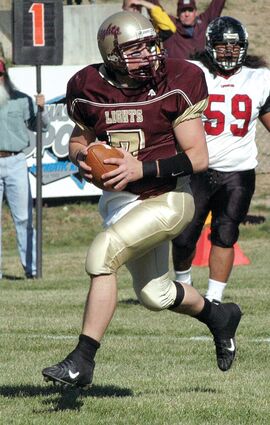 Former Montana State University-Northern quarterback Kyle Samson is coming home this weekend, but as the head coach of the Montana Tech Orediggers.

It wasn't that long ago that Montana Tech head coach Kyle Samson was back on the Montana State University-Northern campus. He and brother Marc, were inducted into the MSU-Northern Hall of Fame back in July. But, when Samson is once again on campus this Saturday, things will be much, much different.

Samson has coached against the school he was an NAIA All-American once before, but, when Montana Tech beat Northern in a blinding September snowstorm in 2019, Samson was Tech's new offensive coordinator, and that game was played at Blue Pony Stadium. This Saturday, Samson will be the man in char...